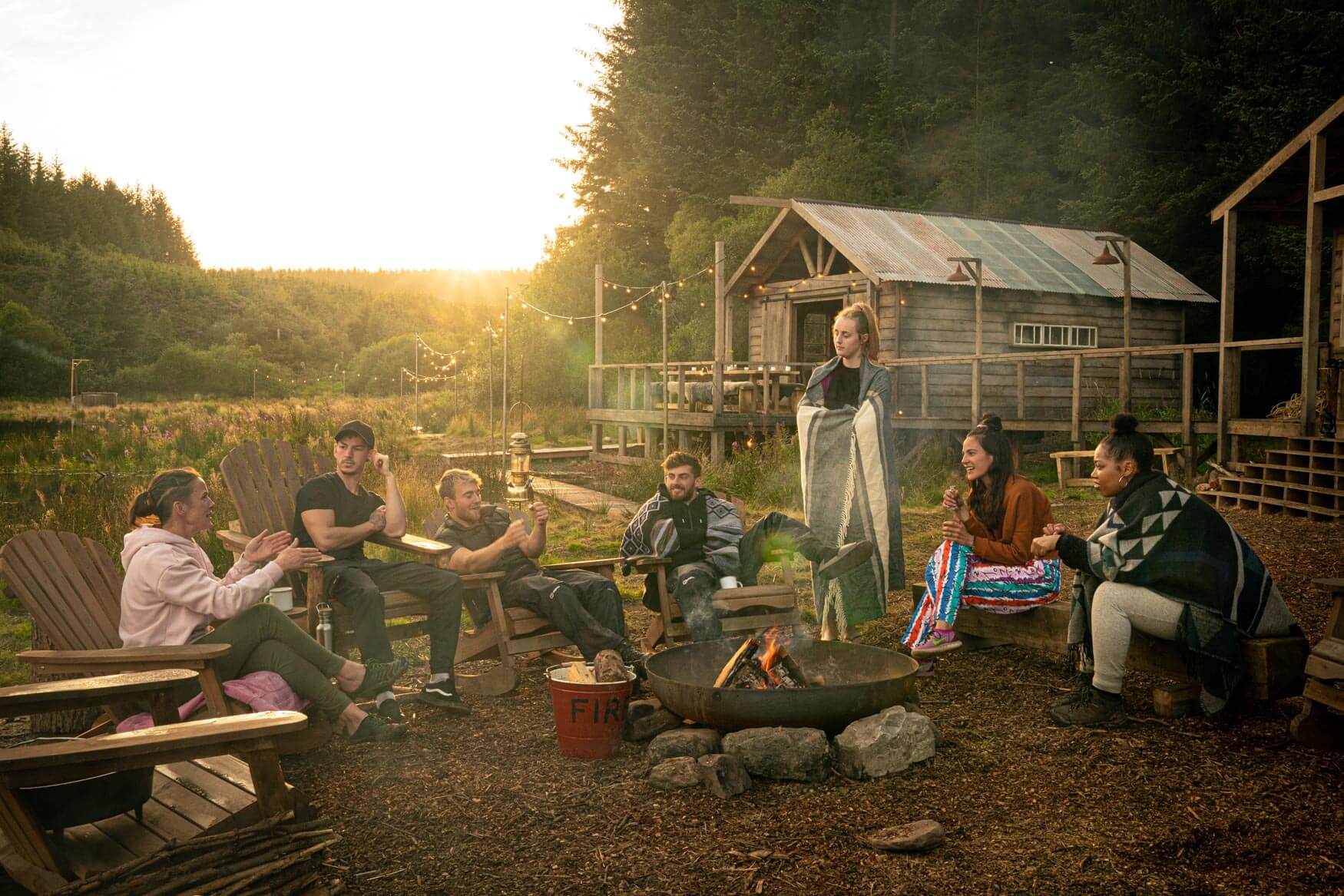 Having aired its inaugural episode on Sunday 11th October, the series sees 12 strangers come together and build a bridge to win £100,000.

Narrated by Scottish actor James McAvoy, the contestants have 20 days to build an 850ft bridge by hand.

The prize money lies on an island in the middle of a lake and the team must work together to get to it before the time runs out.

Based on a format originally created by Zeppelin, a Banijay Iberia company, the show is being made by Manchester based Workerbee TV for Channel 4.

The five-part Channel 4 series is set to be the ultimate test of mental skill, physical agility and group dynamics as the strangers live together in the beautiful British countryside.

Bolesworth Estate welcomed the Workerbee production team to its Egerton studios and Willow Hill Farm in August for the filming of the behind the scenes interviews.

“Filmed in the backdrop of the wide open spaces of the glorious UK countryside that many of us have been dreaming of in recent months this entertaining and utterly engaging new reality series is bound to start many conversations about just how far we would each go to secure £100k.”

Having already welcomed production crews from Netflix, BBC and Lime Pictures, and less than an hour from neighbouring cities Manchester and Liverpool, the Estate is quickly establishing itself as a key TV and film location within the North West.

“Workerbee TV was drawn to the Estate thanks to its abundance of controllable locations; a key priority for any production company in the COVID climate.

Launching Bolesworth Film in the middle of the pandemic has had its challenges but we’ve found that our rural yet connected spot has been one of our USPs.

Nestled in Cheshire’s rolling countryside, the much-loved view of the Grade II listed Bolesworth Castle has been an admired and familiar sight in Cheshire for nearly 200 years, but this unique location is about so much more than mystical castles and rolling hills.

THE RISE OF GREEN DESKING; WHY RURAL DOESN’T MEAN REMOTE