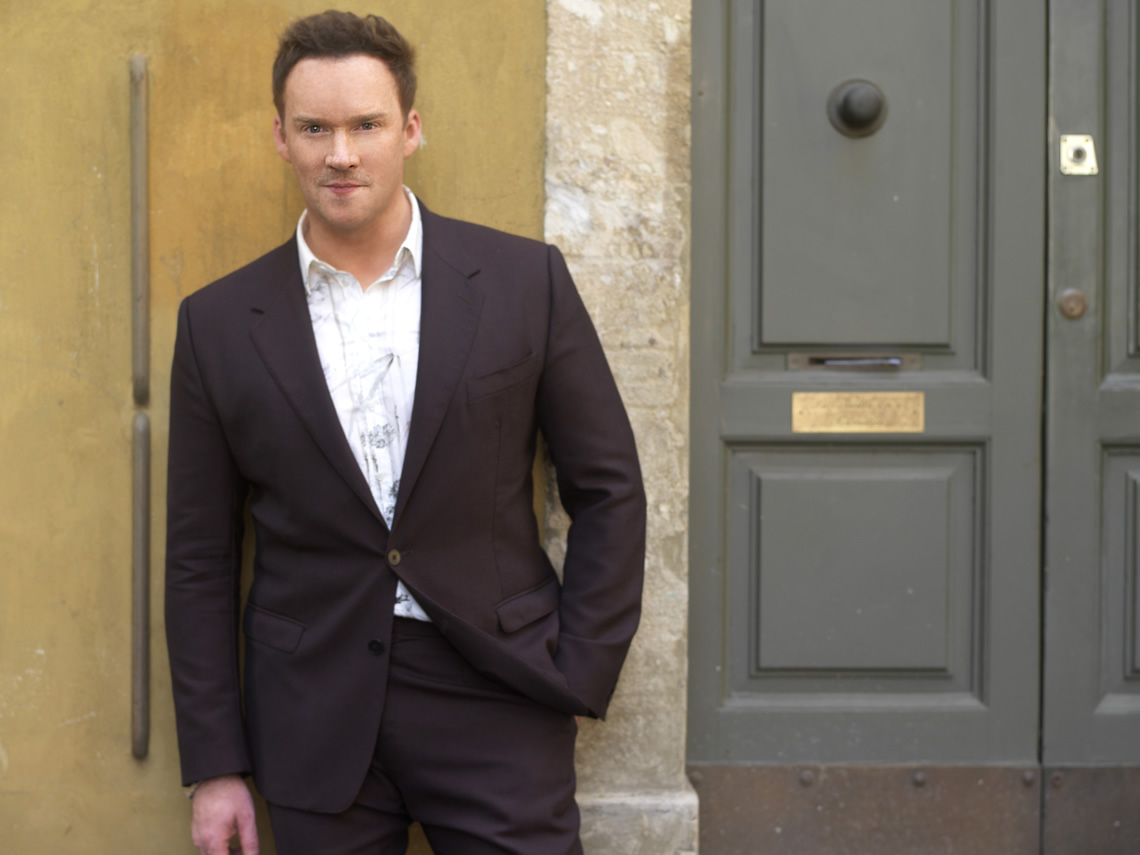 The singer who was described by the New York Times as a performer “who sings like Pavarotti and entertains the audience like Sinatra” to make an exclusive guest appearance at Bolesworth Castle.

Revival Productions is delighted to announce that the UK’s best selling classical artist, Russell Watson, will be making an exclusive guest appearance at The Great British Prom at Bolesworth Castle in Cheshire on 2nd September 2017. Russell joins the star-studded line-up that also includes The National Symphony Orchestra, Anthony Inglis, Annette Wardell and Only Men Aloud.

Russell’s debut album ‘The Voice’ shot up the UK charts where he held the number one spot for a world record 52 weeks. At the same time, Russell held the number one spot in the USA, making him the first British male to hold the accolade of a simultaneous transatlantic number one. His second studio album ‘Encore’ soon followed and it became an even greater success selling almost two million copies worldwide. During this period Russell was rewarded with various awards including four Classical Brits.

Russell has strong connections with many of the artists performing at The Great British Prom, which should lead to an electrifying performance. He has performed many times with The National Symphony Orchestra and Anthony Inglis conducted Russell’s “Best of British Concert” at The Royal Albert Hall 2015. Furthermore, he was one of the judges when Only Men Aloud won BBC One’s “Last Choir Standing” in 2008. Russell commented:

“I am very excited to be making a special guest appearance at the magnificent Bolesworth Castle for a local Prom’s night spectacular. To be performing the Great British Prom favourites with the fantastic National Symphony Orchestra and seeing everyone waving the flags and singing along. It is certainly going to be an amazing night filled with musical talent, some of whom I have shared a stage with on many occasions.”

In addition to Russell, The Great British Prom is promising a very special formula with the National Symphony Orchestra, conducted by Anthony Watson, Classical Brit award-winning Only Men Aloud, soprano Annette Wardell and The Manchester Scots Guards Association leading the way with a programme of iconic music from around the British Isles. The first half will include “The Dam Busters March”, “Bread of Heaven” “Danny Boy” and “Flower of Scotland”.

The National Symphony Orchestra (NSO) is renowned for being one of the very best in the country and has performed with artists such as Dame Kiri Ta Kanawa and Lesley Garrett.

“NSO is thrilled at the prospect of performing at The Great British Prom. I feel sure that the attractive programme, especially devised for this year’s concert, will delight Bolesworth. We have a 50-piece symphony orchestra conducted by Anthony Inglis, who has conducted more concerts at the Royal Albert Hall than any other living conductor. We shall faithfully recreate the buzz of the Last Night of the Proms under immense Bolesworth skies, thrilling to 1812 Overture, being charmed by the dazzling diva Annette Wardell, an entire band of pipers, fireworks and Only Men Aloud. If that’s not enough, we now have the amazing Russell Watson joining us for an exclusive guest appearance. Unmissable!”

NSO has performed before with the Classical Brit Award-winning Only Men Aloud (OMA). A couple of years ago, they did a summer series of Last Night of the Proms across the UK and as Craig Yates, a baritone in OMA, says:

“We love performing with a live orchestra and the NSO are one of the best.”

Formed in 2000, with the aim of injecting new blood into the Welsh choir tradition, OMA came to prominence in 2008 as BBC One’s Last Choir Standing. Following a reinvention of themselves as a “honed and toned vocal ensemble” in 2013, they toured and established a considerable fan base worldwide.

The Manchester Scots Guards Association will also be joining The Great British Prom, bringing a special sense of tradition and uniqueness to the Scottish pieces, before walking up the centre of the crowd to mark the end of a what will be a truly memorable first half.

“We are really looking forward to playing with The National Symphony Orchestra and these other amazing artists at such a prestigious event as The Great British Prom. Most of us have family and friends in Cheshire and the North West, so it will be great to perform in full No1 Ceremonial Dress to them and the rest of the Bolesworth audience. There is nothing more stirring than the sound of the pipes and I am sure everyone is guaranteed some outstanding music in a fantastic setting.”

The second half will see a fabulous rendition of all the Proms favourites including “Rule Britannia”, “Land of Hope & Glory” and British anthem “Jerusalem”, which will be performed by the winner of The Bolesworth Choir Competition. The concert culminates in a truly spectacular fireworks finale.

The Bolesworth Prom weekend starts on 1st September with Classic Ibiza. This very different concert brings together Urban Soul Orchestra (USO) and DJ Goldierocks, who will perform some of dance music’s biggest anthems from the last 20 years.

The Bolesworth Prom is proud to be supporting the local charity, Claire House Children’s Hospice. Claire House will receive £2 from every ticket sold to their database of supporters, £1 from every programme sale and on-site promotional and fundraising opportunities.

Visit www.revival-productions.co.uk or call 01630 674342. Tickets are £35 in advance (£38 on the night). Car-parking is free. Bring a picnic or take advantage of onsite street-food vendors.