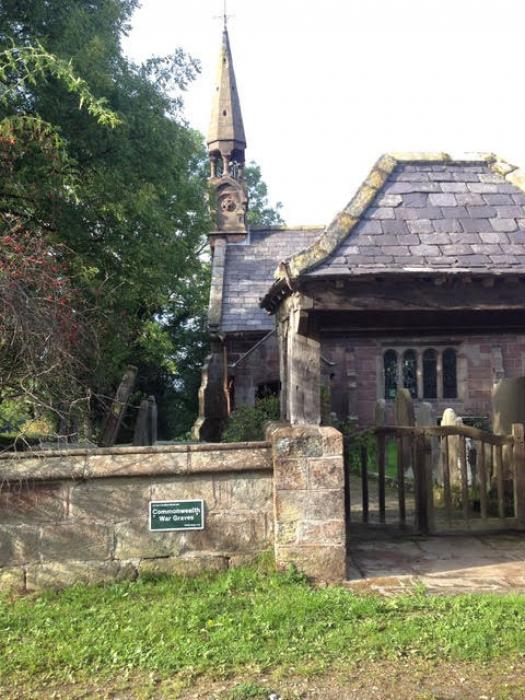 Huge amounts of work and fund-raising have gone on behind the scenes to commemorate the Armistice Centenary which will be remembered in a series of events and projects to be held during the weekend of 11 November 2018.

These will comprise a series of remembrance and legacy projects as well as celebrations, in line with the centenary anniversary of the end of The Great War.

As a taster, we publish a photograph of the newly positioned Commonwealth War Graves Commission signage which has been installed by Bolesworth Estate at All Saints Church, Harthill. Both St Alban’s Church in Tattenhall and St John the Divine Church in Burwardsley will have identical signage erected in advance of the Remembrance Weekend.

This national project is part of a programme to raise awareness that there are, in fact, many Commonwealth War Graves sited in local Churchyards, including our own locality.

Families had several options available to them at the end of the conflict — they could remember their relatives who died in conflict on a local War Memorial, on a family grave, on an official Commonwealth War Graves Headstone erected in a local Churchyard and, in line with government initiatives, as close to where they died as was possible. Some families chose all options.