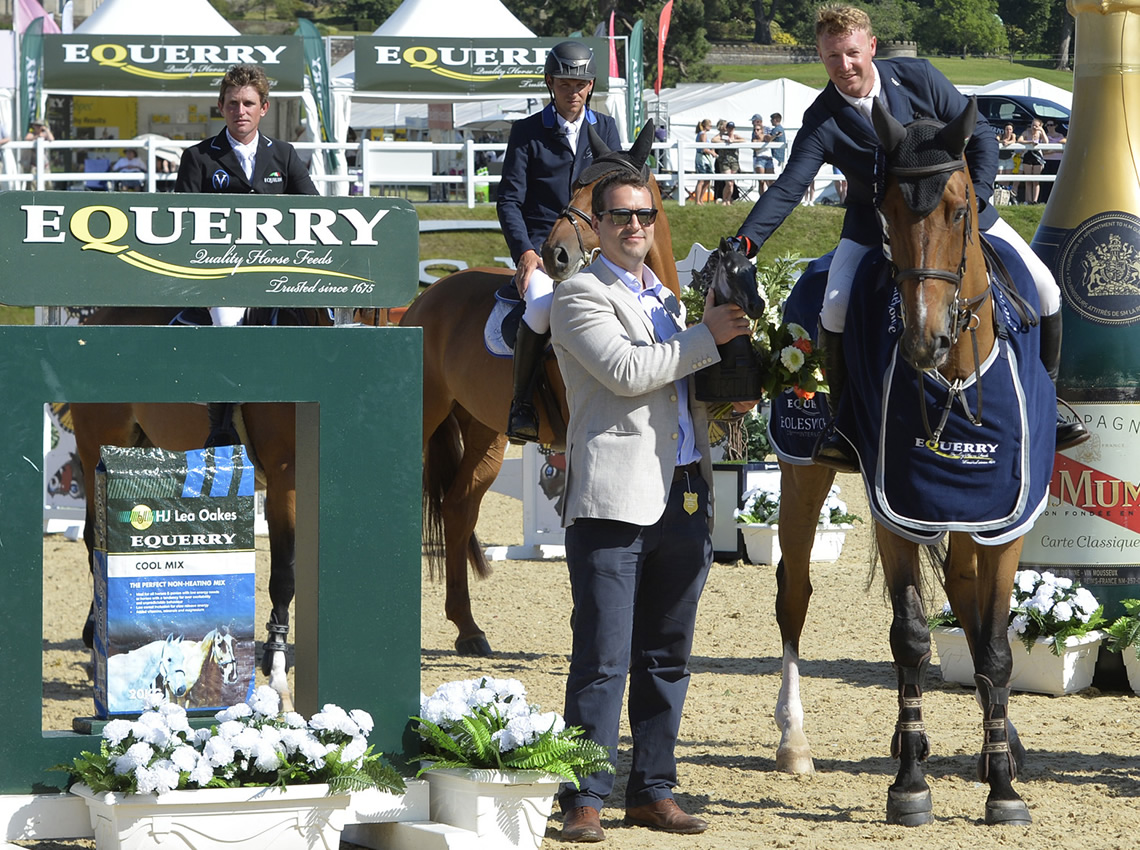 With beautiful weather and top-class entertainment on offer, sporting legends and celebrities alike were spotted descending on Cheshire for the high-profile competition. With attendees including Olympic dressage riders and showjumpers, award-winning Pro Wakeboarders and one of Made in Chelsea’s most famous faces, Tiffany Watson, it’s fair to say that the event is celebrating its best year yet.

The show kicked off to an exciting start with CDI*** International Dressage taking place on Wednesday and Thursday, drawing an international field. This was followed by the much-anticipated CSI**** International Showjumping on Thursday and Friday, with the competition coming to an exhilarating finish on Saturday. A highlight of the show was the ever-popular Equitop Myoplast Puissance, one of the most famous show jumping competitions in the world, designed to push both horse and rider to their ultimate limits as they clear the huge red wall. Ireland’s Trevor Breen came out on top to bring the third day of the show to a close.

Additional notable winners include Eve Jobs, daughter of the late Apple founder, Steve, who had the biggest win of her career in the world of show jumping, as well as double Olympic dressage champion, Charlotte Dujardin, who enjoyed double success at the show.

This year also saw records broken at the exclusive Bolesworth Elite Auction, when a foal by Nick Skelton’s Olympic legend, Big Star, made £92,000 under the hammer. It is believed the sum is the highest price paid for a show jumping-bred foal in the UK with the British-bred youngster going to Saudi Arabia.

Made in Chelsea star, Tiffany Watson was spotted on Saturday enjoying the international showjumping and the CSI 2* Grand Prix, with her friends, in the exclusive VIP Hospitality marquee, to the excitement of show attendees. Tiffany was also seen enjoying the day with founder and president of Bolesworth International, Nina Barbour, and High Sheriff of Cheshire, Sarah Callender Beckett.

Also on Saturday, Sarah Callender Beckett was seen announcing the winners of the Ladies Day best dressed competition, with prizes including Pure Essence spa package for two at Leaf Day Spa and one night’s accommodation in a Luxury Suite for two at Park Fields Country House.

New for the show this year, was the International Water Festival, which took place on Saturday 17th June. The event saw some of the best wakeboarders in the world battle it out in a spectacular head to head style contest on a purpose-built, world class wakeboard park. UK born Liam Peacock was crowned number one in the final day of the Industry Pro Tour, to enthusiastic crowds.

The show’s chosen charity Brooke, Action for Working Horses and Donkeys, brought along successful North Yorkshire author Hannah Russell and her miniature Shetland pony, internet sensation Little Alf, much to the excitement of children on Thursday’s ‘School’s Day’, where Hannah read extracts from her best-selling book.

“We have loved every second of this year’s show. It has been incredible to watch world-class sport once again taking place at Boelsworth. We are constantly expanding our offer at Bolesworth, notably this year with the Water Festival and leg of the pro- wakeboarding tour. We have witnessed a series of amazing firsts this year, including the record-breaking auction and with the support of sensational riders such as Charlotte Dujardin and Carl Hester, as well as the world class wakeboarders, this year is certainly one to remember!”

The next event to take place on the Boelsworth Estate, will be CarFest North 2017, between 28th and 30th July, welcoming stars such as Busted, Deacon Blue and Happy Mondays, as well as evening entertainment from the Kaiser Chiefs.